One interesting pattern in a social research field I’ve been involved in is that the tendency to get more involved in alternative beliefs correlates with educational and demographic factors that are more complex than just ‘lack of education’. You won’t get much insight assuming all this just comes from ignorance. Some people who advance serious commitment to alternative theories in fields like health are more likely to work in semi-skilled areas and ‘para-professions’ than professions, and be somewhat educated but not to the highest levels. This leads to an active interest in knowledge, but with limited training in methodologies and exclusion from the professional peer-review communities by which ‘offical’ knowledge is validated – in health that would centre on the scientific method and especially the importance of data derived from RCTs (randomised controlled trials) by which findings are deemed to have levels of validity and reliability from which personal biases, randomness and circumstantial factors have been excluded.

This is why we should not be entirely shocked to find there are anti-vaxxer nurses. Someone actively interested in the aetiology of disease, may refer to ‘evidence’ in different ways, for instance personal observations of patients, of say the side-effects of treatments or of anomalies and cases where the outcome differs from the prognosis. While these are all part and parcel of medicine somebody alternative minded might seek to understand and interpret from their own position, start to extrapolate from ‘patterns in the data’ of what they have experienced personally and correlate it with alternative theories online or similar forms of testamentary evidence from others.

This kind of vigilance might lead us to question norms (and where would scientific progress be without that), and forces that can corrupt medicine, e.g. the profit motives of big pharma. But it can also lead to lack of trust in everything experts say and governments do under their guidance. Once alternative knowledges start to circulate, social communities are formed. In conspiracy ones the voice of the ‘alternative medic’ can be attributed with authority by standards produced specifically by that community. A single outlier case or personal account from the hospital ward can seem like sensational counter-evidence in a podcast, or a ‘gap in the literature’, or some marginal findings (even if weak or superseded) can be made to seem revolutionary if someone say can talk the language of virology in a way that sounds expert to a lay person with a will to believe. The echo chamber convinces those who sign up, but actually centres on all those things scientific method excludes: outliers, things rarely repeated, outcomes tangled up with a range of factors that could be the causal or incidental, and above all personal observations and reflections usually unrelated to validated methodology.

This then leads to the kind of frustrations we can feel when talking with conspiracists. We can experience ‘axiom lock’ – the sense that, however much we discuss things, the initial premise never changes because of deep confirmation bias – that whole world view is taken to be ‘axiomatically true’ and seen to be further reinforced by each bit of pseudo-evidence and hearsay that seem to add up to the idea the mainstream of medicine is corrupt, plain wrong or oppressive. They could mobilise more ‘evidence’ than you can, as you probably just trust that science is the thing that unperpins the kind of society we have today and should be respected (rather than having a bunch of counter-evidence to throw back). This is when talking with a conspiracist scores an own goal, feels like digging a deeper hole. We can’t disconfirm their knowledge because it comes from an ideology produced by a community to which they have become ethically deeply committed. It’s not that ‘we’ have ‘reason’ and ‘they’ don’t – it’s more that they have a whole alternative approach to what reason is that you can’t unpick over a Turkey dinner.

That said, it might depend on how thick or thin the commitment of the given anti-vaxxer is, how well you know them and their interests, etc, to see if you can find a chink in their armour that might lead somewhere. Politeness and understanding should not be underestimated. Never forget there are elements of truth in conspiracy positions and this is what makes it all so tricky. There are people experiencing side-effects of Covid mrna vaccines like myocarditis. This is scary, but not very serious. Metal objects can stick to your skin after a Covid shot. But not because of metal in the vaccine, just because skin is a bit sticky. There are people who drop dead after having a vaccine shot. In almost every case investigated this turns out to be the kind of coincidence you get in big data sets. Vaccine day was just they day they were going to die from something else.

But good luck trying to convince an antivaxxer of that! 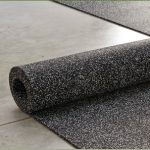 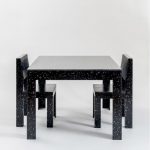 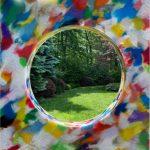 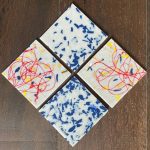 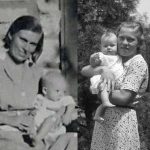 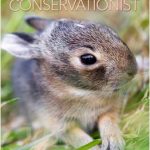